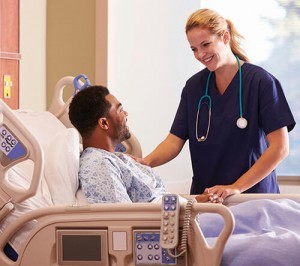 Since its founding in 1913, the National Safety Council (NSC) has collected, analyzed, and reported preventable injury and fatality statistics. NSC published the first comprehensive collection of this data in the early 1920s, and has published it annually as Injury Facts® (formerly Accident Facts) ever since.

Injury Facts serves as a crucial measure of progress made in preventing deaths and injuries, as well as a guide that informs the new data we receive.

In this section, you will find data on the causes, frequency, and costs of preventable injuries and how they affect us by age, sex, and race.

You can also measure the odds of dying from these events against other causes.

WHERE WE’VE BEEN, WHERE WE’RE HEADED

For too long, preventable deaths and injuries have been called “accidents,” implying unavoidable acts of God or fate that we are powerless to stop. This is simply not true. NSC believes that together we can – and will – eliminate preventable deaths in our lifetime.

But there is much work to do. In the United States, preventable injuries are at an all-time high, ranking as the third leading cause of death behind heart disease and cancer.

The number of nonfatal preventable injuries is even more staggering. In 2020, 55.4 million – about 1 in 6 – sought medical attention.

The increase in preventable deaths was largely driven by secondary factors associated with the COVID-19 pandemic. Drug overdose deaths increased 34% during the pandemic, while increased risky driving behavior (including speeding, alcohol impairment, and not wearing seat belts) contributed to an 8.3% increase in motor-vehicle deaths.

Source: NSC estimates (rounded) are based on data from the National Center for Health Statistics (NCHS), state departments of health, and state traffic authorities, except for the work figures, which are from the Bureau of Labor Statistics (BLS), Census of Fatal Occupational Injuries (CFOI). NSC adopted the CFOI count for work-related preventable injuries beginning with the 1992 data. Visit the Glossary and the Technical Appendix for estimating procedures. Beginning with 1999 data, deaths are classified according to the 10th revision of the International Classification of Diseases. Caution should be used in comparing data classified under the two systems.

All Injuries
Also of Interest: